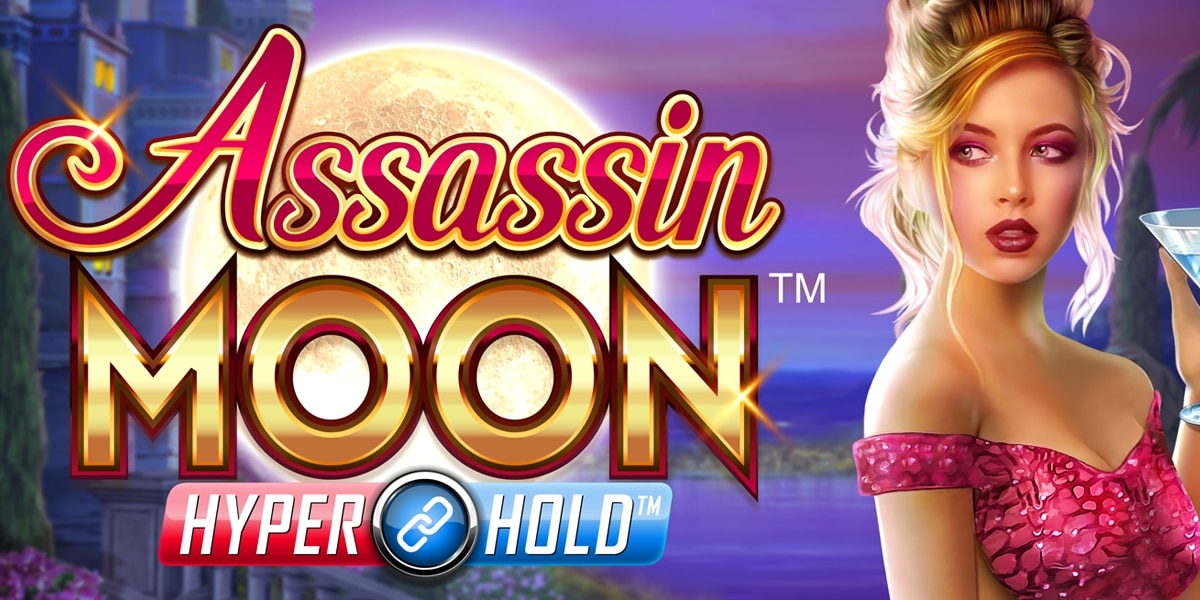 Coming from acclaimed casino game developer Microgaming and Triple Edge Studio, Assassin Moon is a new slot game that hopes to bring the mystique and mystery of the world of the assassins to life. It’s a story-based slot that aims to offer gamers all the classic features of their favorite slots as well as some exciting bonuses to keep them spinning. Before you dive into the exciting world of Luna the Assassin, be sure to carry on reading to find out what this new slot can offer you.

The Assassin Moon slot machine features 5x3 reels with 25 active pay lines for players to try their luck on. Thanks to the way that the bonuses interact with this slot machine, Assassin Moon has a variable RTP of between 92% and 96%. The volatility of this slot sits fairly high on the scale, at around 8/10, and players can expect to win once every three spins or so, making this slot a good choice for beginners and players with a smaller budget. 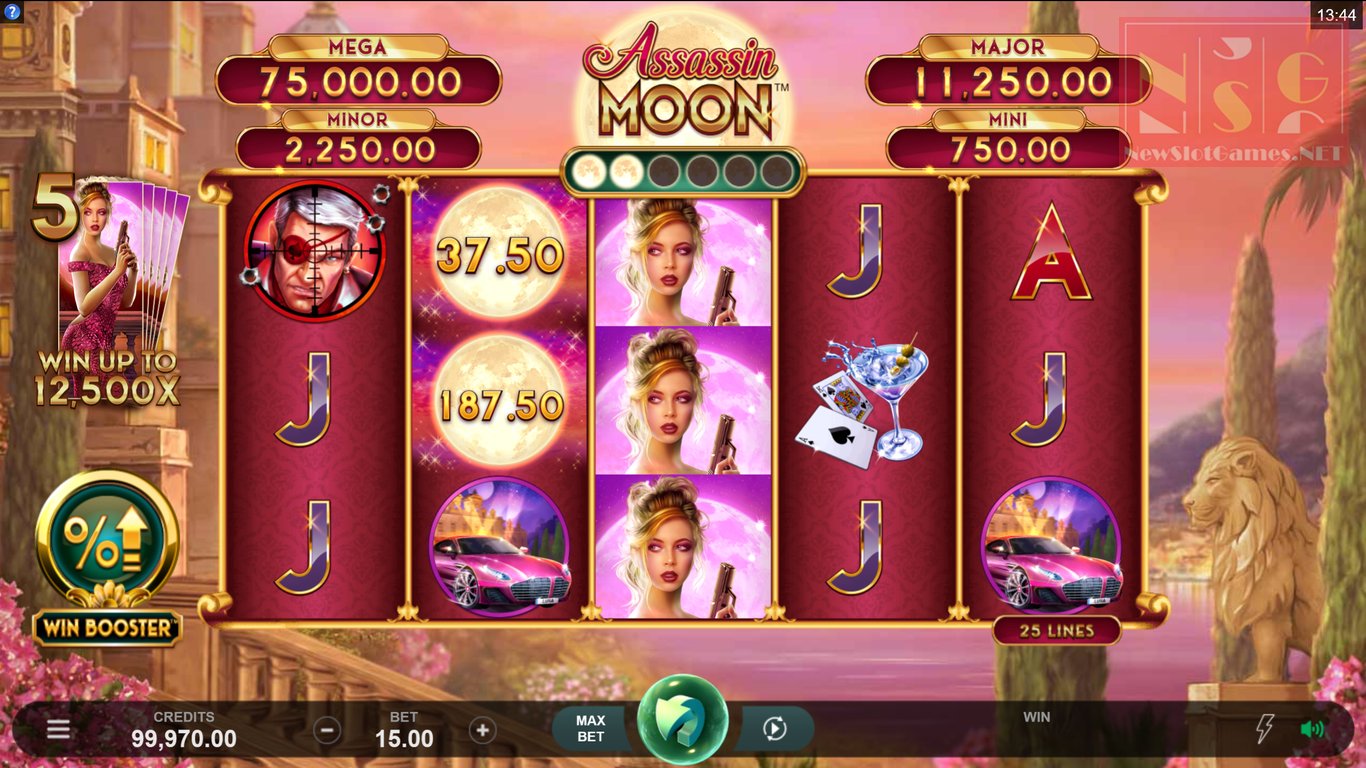 Win Boosts and Other Bonus Features

Some of the key bonus features of this slot include a Win Booster, an extra that players can opt into to increase their stake and subsequent payout by up to 2.5 times. Like most Microgaming slots, Assassin Moon features a free spins bonus that requires players to land three scatter symbols on reels two, three, and four respectively. Triggering this feature will result in Jumbo Blocks being put onto the reels which are equal to nine regular symbols. Should a Jumbo scatter land on the reels, players will be awarded 10 free spins. 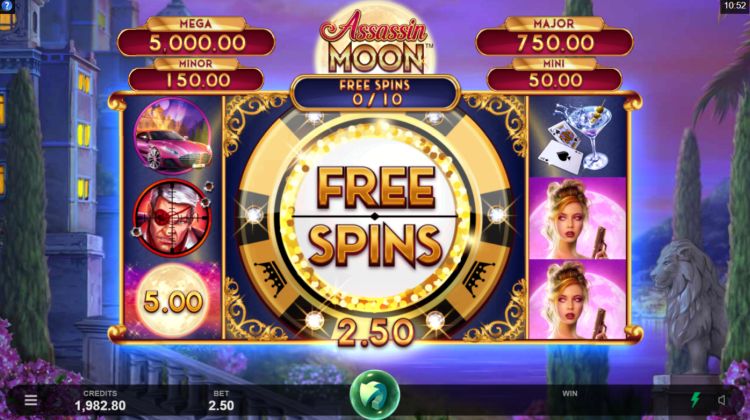 In true Triple Edge style, the slot machine includes a version of their ever-popular ‘Hyper’ feature that is present in many of their most popular titles. In the case of Assassin Moon, this feature is presented in the form of the HyperHold mode which tasks players with landing six or more moon symbols to trigger the event. Once triggered, the moon symbols are locked into place on the reels and the player is awarded three extra spins.

The goal of this mode is to fill the reel with as many of the moon symbols as possible, with jackpots being awarded based on the number of moons present at the end of the mode. These free spins can be reset by fresh moon symbols, and the HyperHold mode only ends once a player has completed three spins without landing any new moons, making the HyperHold feature easily the best way to win big on this machine.

If the player can fill the reels with moon symbols, they will walk away with the Mega Jackpot of 5,000 times their original stake. Smaller jackpots of 50x, 150x and 750x are also available depending on how many moon symbols the player was able to land during the HyperHold mode. 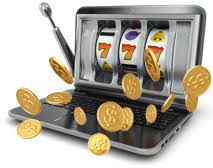 Assassin Moon promises to deliver all the quality slot machine action that comes from being developed by one of the leaders in casino game development wrapped in a gorgeous aesthetic that is just over-the-top enough to be fun while not being overly outrageous. The bonus features of this slot, while adding elements of fun, are not groundbreaking but they do offer players a good chance at some decent wins.

Overall, while there are slot machines that offer similar rewards to Assassin Moon, the gorgeous aesthetic and overall feel of the slot elevates it above its more generic peers and offers a fun and rewarding experience.